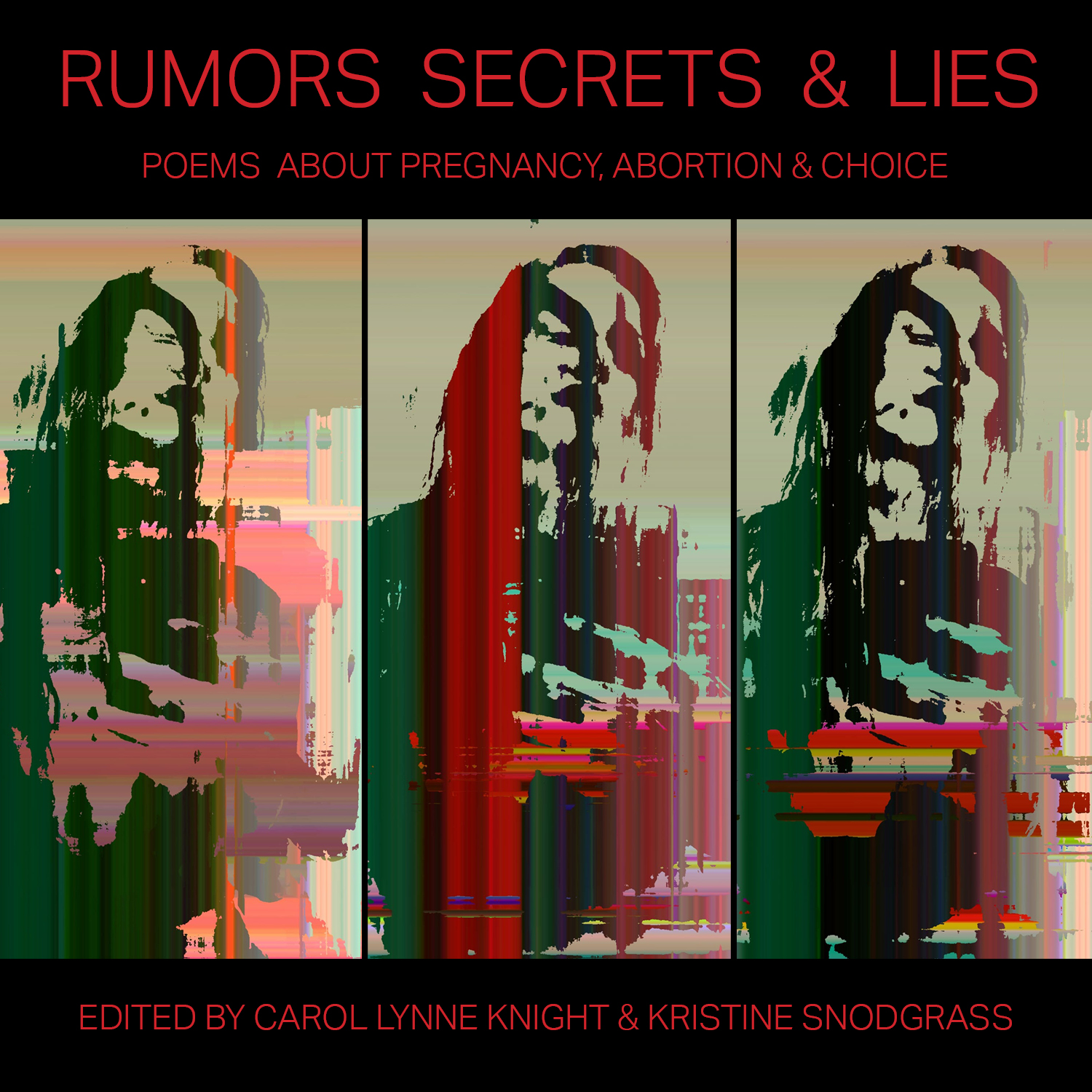 Rumors, Secrets, & Lies is a collection of narrative poems, prose poems, flash fiction — stories about abortions, unplanned pregnancies and joyous births. 116 writers, including Naomi Shihab Nye, Ellen Bass, and Alicia Ostriker, write from experience. Women, and men, recall how they navigated this always-charged and emotional landscape before and during Roe v. Wade.

This heart-felt collection was inspired by the recent Supreme Court decision that overturned Roe v. Wade on June 24, 2022. A team of women sent the book to the printer on Aug. 31, just two months later.

Submissions arrived from all over the U.S., but also from as far away as South Korea and Israel.

“In the late 1960s, girls just disappeared from high schools and were never seen again. One cocky boy would nod knowingly and say, ‘Another victim, gone to the forests!’ ”
— Naomi Shihab Nye, from “Rumors”

“Monet, Cezanne, Pissarro, Vincent, waiting room walls / are all the same, framed Impressions looking at you. / Sarah is waiting, watching a waiting room clock forget, / holding, tightly, my hand with both of hers.” — Earl S. Braggs, from “The Weight of Not Answering”

“My blood contains the risk / of something missing, a malformation / of the head / — or worse.”  — Rebekah Denison Hewitt, from “Karotype”

“I would have been dead / in twenty-four hours, / had the doctor not given me / the cruel diagnosis /     Not a baby, but a lethal weapon / ready to explode inside.“  — Janet Yolen, from “It Grew”

“… still / she gave this child every intricate bone of both feet, / the hollow vertebrae, tiny liver, / lungs that fill with air for the first time / and begin, without a lesson, / bringing this world in and releasing it.   — Ellen Bass, from “The Human Line”

“what is the womb, / but the notion that / you could replicate yourself?” — Fariha Tayyab, from “Blood  and Glass”

“and here she is / unbreathing on your chest, her skin so sheer / you can see her little blue heart slow its thump” —Kari Teicher, from “Undone”

“Try the word abortion in a poem / it sits, a boulder in the center of the page / the other words tiptoe around it / too nervous for conversation” —  Nicolette Reim, from “Pen in Hand”

You can purchase the book here